Of peasant ancestry on his father’s side and boasting aristocratic (boyar) maternal roots, the Romanian poet, prose writer, and editorialist Mihai Eminescu (1850-1889) had not put his modest inherited wealth to waste. Educated in the German language since childhood, Eminescu was culturally—if not always geopolitically— an enthusiastic Germanophile. As a young man, he had studied in Vienna and in Bismarck’s Prussia, where he had learned Sanskrit and immersed himself in Arthur Schopenhauer’s philosophy. He had also been a student of Eugen Dühring.

Eminescu had intellectual precedents in his own country, but he often made radical departures from them. His ideas were influenced by a leading conservative Romanian cultural circle called Junimea, which originally reflected the interests of the old Moldavian boyar class that had been displaced by the liberal bourgeoisie in the nineteenth century. However, there are significant differences between Eminescu’s philosophy and Junimism.

“The Junimists,” notes Hungarian-Jewish historian Nicholas Nagy-Talavera, “wanted literature to be separated from politics; to remain l’art pour l’art, with no social content desirable.” Eminescu rejected this doctrine, and some of his poems are overtly political. Nagy-Talavera summarizes Eminescu’s worldview thus:

Eminescu’s goal—he defines it as his “supreme law” —was the preservation of his country and its ethnic identity . . . Consequently, the national interest must determine every political, educational, and cultural decision. Thus, in Eminescu’s eyes, what he called “American liberalism” (or Western humanitarian values) might imperil the uniqueness of the Romanian ethnic character, and should therefore be rejected . . . He rejected the incomplete and superficial Westernization of 1848. Eminescu recognized only two positive classes in Romania: the nobility, and, above all, the peasantry. Any development must be based on the peasant, and it must be an organic one . . . Eminescu was closer to the peasants than to the boyars.

Eminescu died as a result of medical malpractice in 1889. He was only 39 years old. Foul play has been widely suspected.
This volume showcases Eminescu the essayist. The first essay, “Old Icons, New Icons,” exemplifies his rejection of liberal ideas as alien to his country. He regarded Romania’s contemporary intellectual, political, and economic ruling classes as being composed of treacherous epigones of French ideas that did not fit the Romanian situation. This extended essay also reveals an impressive understanding of economics.

Next is an article criticizing his country’s management of the national finances. Here, in addition to his hatred of usury, is displayed an ability to apply philosophical concepts of time and space to different forms of capital. His critiques of what he considers fraudulent capital are pertinent in our age of debt-driven political economies.

Despite his disgust with key aspects of modern capitalism and his preference for the working classes over the rich, the next editorial places some of his social views on the Right. Eminescu had plenty of appreciation for American poetry, but this piece sheds some light on why “American” was sometimes a term of abuse for him. It should be remembered that he came of age during the time of the US Civil War and the ensuing botched social experiment known as “Reconstruction.” While not morbidly obsessed with race, Eminescu had no use for any kind of ethnic egalitarianism as a governing principle, arguing that such ideas would endanger Romania’s distinct national characteristics. Whatever one’s opinion of this position, a key to understanding Eminescu’s gift of insight is that he sensed plutocratic plots in places where they often lurk: under the cover of promises of vaguely-defined equality.

Eminescu was not one to follow trends. Unreceptive to popular French Decadent-influenced styles, he instead chose to model his verse after the golden age of German Romantic poetry. Whereas most other nineteenth-century Romanian literature was lighthearted, his was deep and often grim. This independent-mindedness also applied to his essays. At a time when other critics of capitalism supported the fledgling socialist movements, Eminescu rejected the latter on philosophical grounds—even as his pro-peasant and pro-worker worldview rendered him lonely on the conservative Right.

It is hoped that this volume improves the reader’s understanding of Eminescu the political thinker. Controversial in his own time, his non-fiction writings are not what would today be called “politically correct.” Whether seen as charming or downright repellent, this aspect of his work should not overshadow his impressive observations on subjects related to economics and political science.

This book is available in Kindle and paperback versions. 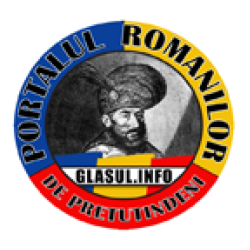 This website uses cookies to improve your experience while you navigate through the website. Out of these cookies, the cookies that are categorized as necessary are stored on your browser as they are as essential for the working of basic functionalities of the website. We also use third-party cookies that help us analyze and understand how you use this website. These cookies will be stored in your browser only with your consent. You also have the option to opt-out of these cookies. But opting out of some of these cookies may have an effect on your browsing experience.
Necessary Întotdeauna activate
Necessary cookies are absolutely essential for the website to function properly. This category only includes cookies that ensures basic functionalities and security features of the website. These cookies do not store any personal information.
SALVEAZĂ ȘI ACCEPTĂ
Switch to mobile version